But they recognize other people as being co-founders of the Don't Make a Wave Committee, which was the precursor to Greenpeace, at exactly the same time I started and did not stay in the organization anywhere near as long as I did. I became a senior spokesperson for the organization for many years, a president for a few years, and then one of the six international directors of Greenpeace International. I am a co-founder of Greenpeace by any stretch of the imagination.

I've actually written an essay in answer to this question. TER: You're a proponent of nuclear energy. We all know it is clean energy-until it's not. Could you describe your proposition for nuclear energy for our planet? You'd think from listening to them that I'm calling for resumption of hydrogen bomb testing and the killing of whales. I am not. I still stick to all of the positions we took then, except nuclear energy, because I think we made the mistake of lumping nuclear energy in with nuclear weapons. Our original campaign was against nuclear war, and we painted everything nuclear as evil. 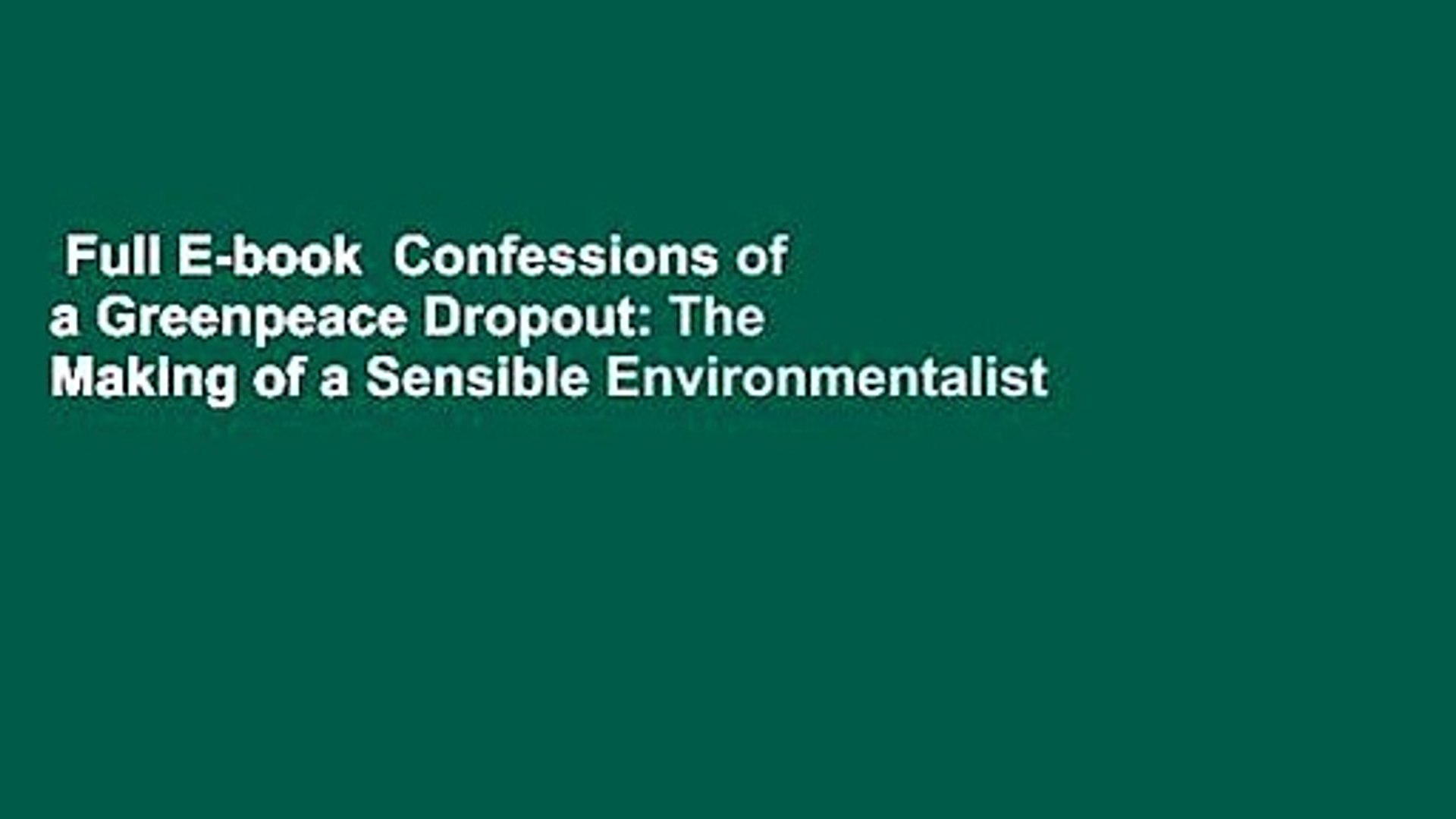 That's one of the things we can do with nuclear technology. Another one is to make energy that's clean and safe. All of those combined are nothing compared to the death toll of other technologies like fossil fuels and even hydroelectric. One hydroelectric accident resulted in , people dying in China in Another one just a couple of years ago in Russia killed more people than the nuclear industry has killed in its entire history.

So we need perspective.

Every year 1. Nuclear is one of the safest technologies we have, even for workers in the industry. Columbia University did a study published in of 53, nuclear plant workers showing that they have fewer cancers, less disease and live longer than the average American. The other thing about nuclear power is that fossil fuels are limited, although we do seem to be finding more of them.

Long after the fossil fuels are depleted, there will be nuclear energy for thousands of years. That's one of the main reasons we should be working very hard today to perfect the technology and make it even safer than the original reactors built in the s and s. Unless some totally new discovery is made, we know there are only a limited number of things from which you can make energy in this world, and nuclear is the most sustainable. Fusion energy, another form of nuclear power, may become a reality, but I do believe that nuclear is the most important energy source for the continuation of civilization.

TER: What about solar and wind technologies? PM: I don't believe that solar and wind are going to solve our energy problem. I think they are a bubble, and they are extremely expensive. They are unreliable because they are intermittent in nature and cannot form base-load power for our civilization, which needs hour power to run factories, hospitals, schools, homes and businesses. Countries that have overdone it with wind and solar are finding it very difficult to balance their grids and predict their future energy supply.

TER: What are some of the for-profit companies moving this process into the right direction? These are the two leading developers in the U. TER: What can government do to jumpstart the process? PM: There is a pressing need to get nuclear energy back on track in the United States. Many other countries, including Russia, China, India, South Korea and France are way ahead now in moving forward with this next generation of nuclear construction.

There are over 60 nuclear plants under construction globally, and not one has gotten started in the U. There's one being completed or restarted.

They've got the preliminaries for the foundation, but they don't have a license to build from the NRC yet. It is yet to be seen whether a new round of nuclear construction can be accommodated by the U. Also, loan guarantees have not panned out. So Constellation pulled out of that, and now it's in limbo. Also, can new construction be accommodated solely with private capital taking all the risk?

What we really need is for the government of the United States to decide if it really wants to have nuclear energy come back into the picture. It's got to put forward a better risk-sharing package among the private and public entities involved. Look at France, for example, where the government basically owns the whole nuclear energy industry. It takes all the risks and lets out contracts for companies to do the work. In the United States, if the government takes any risk it's suddenly called a subsidy.

TER: Where is innovation coming from now?


Are there small companies where investors might get some leverage? PM: I'm not a financial advisor or analyst to any extent, but I would say that what Bill Gates is doing with small reactor technology is very interesting with his investment in a startup called TerraPower , but that's fairly far out and it's research and development-level stuff.

We are obviously a very intelligent species. We make mistakes, and we learn from them. I believe that the key to wealth creation and population management is mechanization of agriculture. They are living on subsistence income with generally very little education, where large families are desirable under those conditions because labor is an asset. When you mechanize agriculture, farmers have better access to education, and they have fewer children, bringing the population down and in turn further improving access to education for women, who can then become educated and empowered.

That is my vision for the future, of how this world is going to become wealthier and smarter and where population is going to stop growing unchecked. TER: I want to thank you for taking this time with us today. PM: Likewise. Thank you very much for such a nice interview. Patrick Moore , Ph. He is a founding member of Greenpeace and served for nine years as president of Greenpeace Canada and seven years as a director of Greenpeace International. As the leader of many campaigns he was a driving force shaping policy and direction while Greenpeace became the world's largest environmental activist organization.

In , Dr. Moore founded and chaired the BC Carbon Project, a group that worked to develop a common understanding of climate change. Moore served for four years as Vice President, Environment for Waterfurnace International, a manufacturer of geothermal heat pumps for residential heating and cooling with renewable earth energy. Moore published Trees are the Answer, a photo-book that provides a new insight into how forests work and how they can play a powerful role in solving many of our current environmental problems.

In he published Confessions of a Greenpeace Dropout — The Making of a Sensible Environmentalist, which documents his 15 years with Greenpeace and outlines his vision for a sustainable future. From he served as Chair and Chief Scientist of Greenspirit Strategies, a consultancy focusing on environmental policy and communications in forestry, agriculture, fisheries and aquaculture, mining, biodiversity, energy and climate change.